A tribute to Jonathan Day of Starks, Maine Jonathan Day was born 3 September 1820 to John and Elizabeth (Skillings) Day.  He was beloved by his family.  Lucy Hutchins, the granddaughter of Jonathan Day, wrote:

It was 23rd of February in the year 1851. Young Jonathan day tiptoed carefully into the newly finished room parentheses built in the southern end of the addition to the little old house.

There his Aunt Sarah Nichols with his baby daughter into his arms. Smiling into the tiny face he laid her down tenderly beside her mother, sweet Lucy Sherburne Day. Telling of it long afterward he said, “I did just as Aunt Polly (with whom he lived) told me to do.”   She had said that to do that instead of handing the child back to the nurse meant that he owned her as his. And how happy he was to greet his firstborn!

In his old age he wrote as an acrostic on her name:

Ere the short day was gone
My little girl was born.
My sakes! How proud we felt
And full of sweet content

Long years have passed since then.

Days weeks and months have flown,
And does this woman live?

Yes with her husband lives.

How great our mercies are
Under our Makers care.
Then let us pass our days
Considering wisdom’s ways
Homeward our steps we’ll bend
In heaven our troubles and.
Nearer to Him we’ll be,
So near to Thee.

Jonathan and Lucy had been married nearly a year. She had come in the winter of 1849-50 to visit her mother, who years after her first husband’s death, had married, second “Uncle Ira Young” and was living in the Starks neighborhood.

That was a winter of much sickness. Aunt Polly’s husband sickened and died. She herself was ill and Jonathan needed help. Lucy Sherburne came the stranger but the acquaintance quickly ripened from mutual respect and when she left it was with the promise of returning as a bride. She went down to Mount Vernon her former home and returned in late March with her sister and a “pung” load of her possessions. The going was “breaking up” that is, the hardpacked snow in the road was softening making traveling hazardous and the young women had a hard time near the end of the journey.

The sister Sarah after they were safely arrived got to laughing hysterically over their mishaps and “couldn’t stop” for a long time.

They went to their mothers and their on the 27th of March 1850 Grandpa Jonathan went to claim his bride. He had lived with Aunt Polly and her husband Uncle Wm. Sutherland since 1825, they having no children of their own took him when he was a child of five.

So now the whole care of the farm came to him and he built an addition to the old house. In the southern part of this he finished off the best room where the baby was born. Here was grandmother Lucy’s bureau, her Boston rocker and stand, etc.  The bed was cleverly contrived so it could be lifted up and fastened to the wall by hooks when not in use.

There was a passageway from the old house extending the length of the addition. A door from it opened into the best room- beyond that led to the woodshed part

On the very day that little Emma was two years old another great event came to the family. A little boy was born and a happy mother gave him the name of her own father, Samuel Sherburne. He was called Sherburne, mostly abbreviated to Sherb. In later years he signed himself S. S. Day except in family letters when it was “Sherb” or perhaps “Uncle Sam”.

Lucy Hutchins continues her biography of her grandfather:

Grandpa had a sweet tooth and he liked honey and so he had several hives of bees.  The children would be happy when he took up the honey. And there was pretty good fishing in the brook the children sometimes went with their father when he could get time off. I do not know that he ever went hunting or shot a deer in his life. The Maine countryside was more thickly settled then and the deer, not being protected by law probably kept mostly in the great North Woods.

He had started an orchard of grafted apple trees at the foot of Millstone Hill, going over to Thurston Hill in Madison for nursery stock and grafts. Wild berries were plentiful, some were made into a rich preserve that would keep without being airtight.

Grandpa sister Aunt Mary Day used to appear sometimes walking from the village.  She worked in the city and delighted to get out into the country, and the children were enthusiastic accompanists in her tramps, remembering them with great pleasure.

June 1st, 1859 – a travelling (sic) photographer had come to “the bridge,” to take ambrotypes which were an improvement in some ways on the earlier daguerreotypes and probably less expense.  Grandpa and Grandmother decided they must have the children’s pictures, so they all went dressed in their best to sit for the man with the camera.  Emma and Sherburn were taken together, and Grandpa carefully marked the date on the back of the mounted picture.  Then a picture was made of Jonathan and Lucy together (Grandpa and grandmother).  That one was put into a daguerreotype case….

Grandpa Day’s second wife, “Grandma Phoebe” and Uncle Sherb both died in the spring of 1902, so Grandpa came to New Portland to live and made his home there with us the last 12 years of his life.

Always patient, always cheerful he was a blessing to us all.  He made the garden, worked on the woodpile and kept the wood box full and in the winter tended the fire in the fireplace.  When we would draw up close to get warm he would pile on more wood and then chuckle “I thought I could make you hitch back.”  He loved to play games – checkers, dominoes, fox and geese, “go-bang,” donkey, etc. with Thurston or any of us who had time. 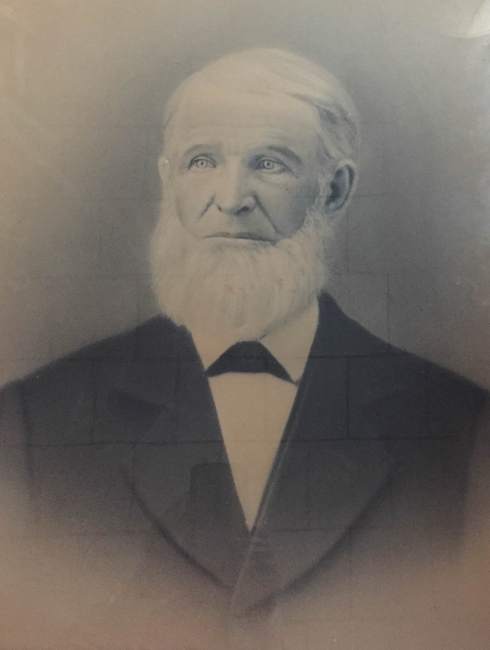 When Jonathan was 92 years of age, he was interviewed by an unidentified journalist, who wrote:

Mr. Day usually enjoys “extra good” health and with the exception of poor hearing and eyesight has nothing of which to complain and he bears these misfortunes silently and bravely.

He has a jovial disposition and a pastime which he greatly enjoys is whistling.  He is also fond of music of all kinds especially singing.

Surely Mr. Day is a grand old man and to fully appreciate his merits one must have a personal chat with him.  “If I had always drank coffee and tea and smoked as a great many do or had not been strictly temperate I believe I should have been dead long ago.”

This entry was posted on Sunday, January 31st, 2016 at 2:03 PM and posted in Day, My Family Lines. You can follow any responses to this entry through the RSS 2.0 feed.
« The new and improved Legacy Family Tree Webinars
The Penobscot, Maine Malings »