Women seem to fade into the background of our family trees, their lives and stories so quickly forgotten.  Researching my father’s family, I recently realized I had asked him very few questions about his beloved grandmother, Annabelle (Boyd) Rogers, who, with Dad’s grandfather Joseph Rogers, raised my Dad and legally adopted him. 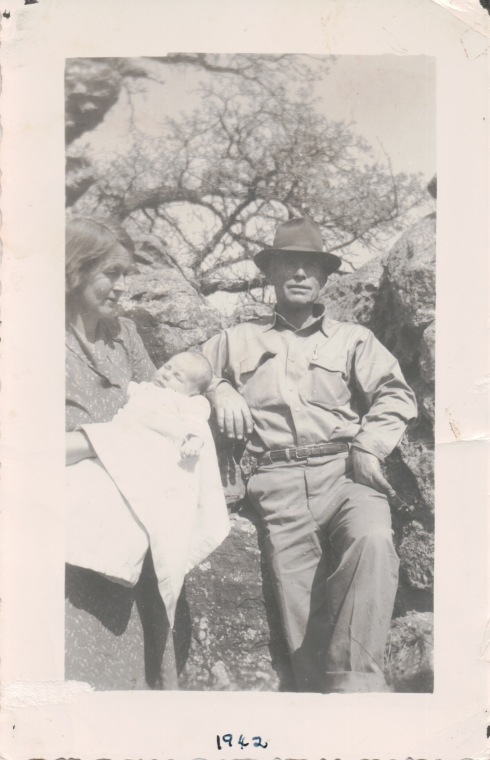 Annabelle, holding my Dad, Wayne Rogers, next to husband Joseph

Annabelle was a sweet, kind woman who was a “mail order bride.”  She and Joseph married about 1918, and in 1919 their first child, Floyd, was born.  He was followed by Bessie, in 1921, and Josie, Dad’s biological mother, in 1924.  The night Josie went into labor with Dad was quite stormy and the doctor was unable to make the trip over dirt roads to assist the young mother give birth.  Joseph assumed the role of doctor and delivered his grandson, Wayne.

Joseph and Annabelle were wonderful parents to Dad.  While they didn’t have much money, they made sure he had what he needed.  He was given the typical toys little boys crave, including bicycles and toy guns and other playthings.  One of Dad’s favorite things, however, was not a toy:  he enjoyed visiting the nursery with his mother and gardening. It was his love of the nursery that caused Annabelle some grief early one morning. END_OF_DOCUMENT_TOKEN_TO_BE_REPLACED